Was the lesson plan adapted when appropriate to help the pupil work towards their learning goals?

What Does The ADI 1 Say

“The PDI should be willing and able to adapt if the pupil:
• appears to be uncomfortable or unable to deal with, the learning experience that the PDI has set up
• suggests that it is not providing what they were looking for

If the pupil’s inability is creating a possible risk situation, they must adapt quickly. This
might require a few extra questions to clarify what is out of line. It may be that the problem
is because of the teaching and learning style being used by the PDI rather than because
the overall plan is wrong. Whatever the reason for adapting the plan, the PDI must make
sure the pupil understands what they are doing and why.”

Positives the examiner is looking for in this competency.

Check the pupil’s knowledge with a few questions before setting off. Also be aware that the pupil’s driving will show you their ability, is it where you/they expected? Do you need to refine something before moving on?

This doesn’t necessarily mean you have to change the whole lesson because of one fault. For example, a missed mirror check may just need a short chat and some extra support. If the pupil is still struggling or shows a lack of knowledge, then you may want to spend more time on the topic before moving on. You should however be dealing with faults in some way or another and not ignoring them just because they come under what you’re practicing today.

This section is fairly self-explanatory, if a pupil asks a question, answer it. If it needs a more in-depth discussion, then it can be put on hold until you can pull over. Let the pupil know this though so they don’t think you’ve ignored them. Also, be aware that a pupil may show a concern or query physically rather than verbally. For example, a pupil’s facial expressions during a roundabout may tell you they weren’t sure what was happening, or being hesitant at the roundabout may tell you they are unsure about the situations.

As above look for your pupil’s facial expressions or body language that they have a question. Also, their driving can show you they are unsure. Personally, the use of an ‘eye mirror’ can be helpful for picking up on some of these clues. 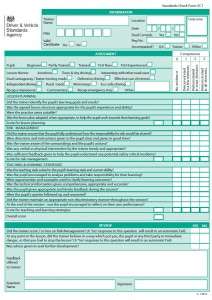 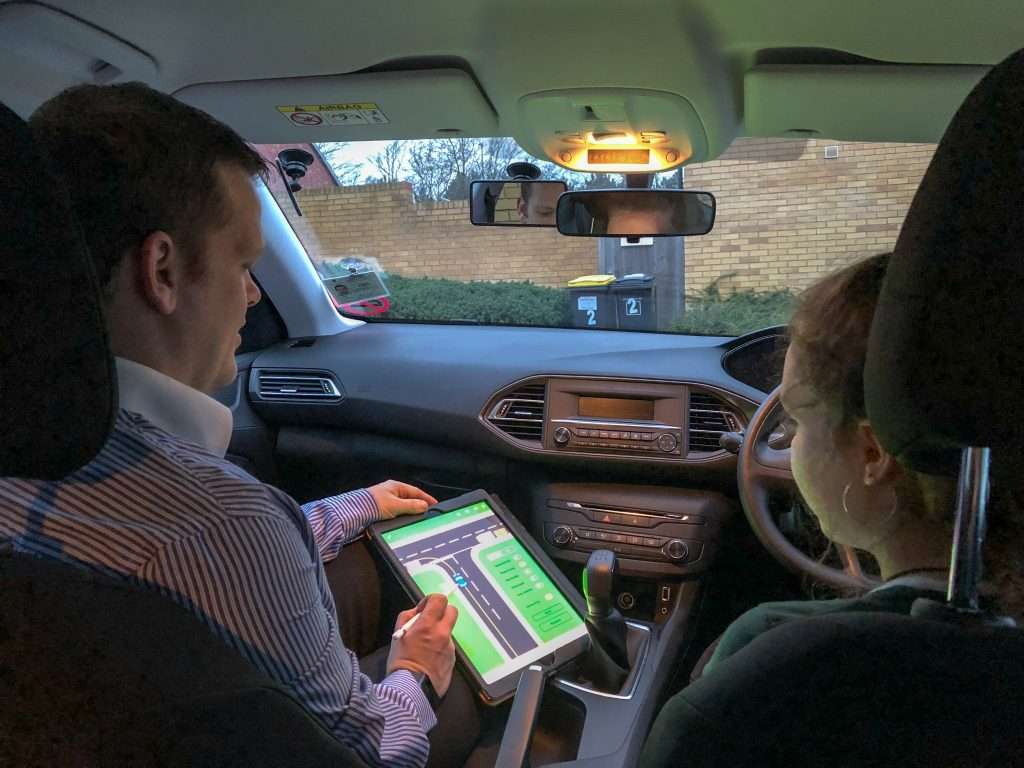 This tends to become a problem when a lesson has been planned out in great detail. Flexibility is key.

Imagine you set a goal with the pupil to go and work on judgment at roundabouts. As you exit the test centre car park the pupil stalls. Ok not a massive deal at this point and maybe out of character. But if you dismiss it and let them head to the next junction without a chat or extra support guess what will happen. Now you’ve got your first roundabout coming up and you’re trying to discuss judgment but in the pupil’s head is “don’t stall, don’t stall” they obviously stall and now you’re 15 minutes into the lesson and you’re putting out fires. Had we had a chat about the stall and helped at the next junction and maybe given them a couple more attempts before heading to the roundabouts then it’s a whole different lesson.

This can occur for a few reasons. Instructors trying to fit lots onto a lesson. For example, let do this roundabout and then a little bit of parking and then that junction that catches people out. This scattergun approach prevents any deep learning as we are always moving onto the next thing. It can also occur when an instructor moves onto something new rather than milking every learning opportunity from the current topic.

Pupils need to know why we are changing the plan. For example, a pupil does check their surrounding properly before moving off, “I noticed you missed a couple of checks there before moving away, let’s just clarify you’re happy with those move off’s before we head off to the parallel park”

If you would like more advice and support then we are here to help.

We offer different types of training to suite your needs. Visit our Standards Check page or get in touch for more information.

Hi thanks for booking with us, please add your details and we will get in touch to book you in.